Since 2012, we have had the pleasure of feeding families in our community and providing meals to those in need during the holidays. In 2013, we fed 300 families a complete Thanksgiving Dinner which was absolutely incredible. In 2018, we were honored to be able to feed 600 families. Our drive continues to grow because of the great people around us and the support from people like you. It takes so many people coming together and giving. Giving of their time, their money, and their talents. A special thank you to everyone who made this happen.. 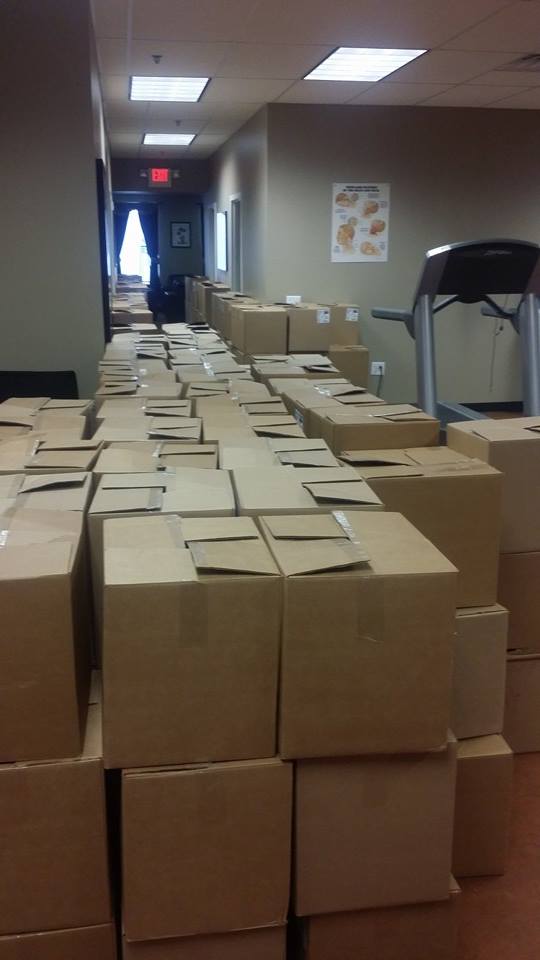 Dreams Do Come True – The Story Of Our Prom Drive
By: Chelsea Ann Rovnan
 Back in the Spring of 2012, high school senior Rachel Malampy’s world came crashing down. Senior prom was around the corner. She had the perfect date and her dream dress: a lavender form-fitting gown with beading around the top, cutouts on the side of the torso and a long pleated train to flow behind her tall and slim frame. She was ecstatic. But she was missing one thing.
Malampy attended Archbishop Ryan, a Roman Catholic high school in Northeast Philadelphia, for four years. One year’s worth of tuition there costs $6,450. When financial obligations – such as tuition payments – are not met, students are restricted from participating in school sports, activities and events. And that’s exactly what happened to Malampy.
“I didn’t know I wasn’t going to be able to go to prom at the time,” said Malampy, who had already bought a pricey non-returnable dress. The once exuberant teenager was left feeling hopeless. “I ended up not being able to go due to financial reasons.”
 Not being able to go to prom wasn’t the end of the world for Malampy, but it was still devastating. She had been looking forward to it for four years. And missing the big night wasn’t the only high school milestone she had to miss out on.
“I couldn’t go to prom. I couldn’t walk [with my class] at graduation. That really took a toll on me. It messed me up for a good couple of months,” Malampy said. “But, I’m here two years later and now I’m doing something even better.”
She could have easily let these disappointments send her into a downward spiral of depression, one filled with resentment and anger towards her parents for not having her tuition paid off. But instead of letting a few setbacks ruin her entire high school experience, Malampy decided to turn her lowest moment into something that would help others just like her.
Fast-forward two years and you’ll find 20-year-old Malampy working the front desk at Academy Injury and Health Center. The office stretches far beyond where Malampy answers phones, schedules appointments and helps direct patients to their private meeting rooms. To the left of the desk there is a long hallway lined with doors to appointment rooms, which have been transformed into dressing rooms. At the end of the hallway, there is a wide-open area. The exercise machines seemed to be pushed aside and there’s not a patient in sight. The room is filled with 220+ dresses of various colors. The young and determined Malampy now stands in the center of the room surrounded by racks of donated prom dresses, all of which are to be given to girls who need them. This is Rachel’s Prom Fantasy, a prom drive to help less fortunate girls.
 On Tuesdays and Thursdays Malampy’s shift at the office starts at 2:30pm. But she found herself coming in as early as 6:30am in order to contact the area’s high school counselors to see if they knew of any girls who were struggling financially. With her Facebook page titled: Rachel’s Prom Fantasy, she has 279 likes and counting. The page contains all necessary information for both donors and girls in need, such as the drive’s address and purpose: “Our goal is to make less fortunate high school girls in the Philadelphia area feel as pretty as you did! A lot of girls are unable to attend their proms due to financial restraints, donate your old dresses and give them that opportunity!”
The idea came to her this past New Year’s Eve, while Deneen McCaffery was doing Malampy’s hair. Malampy commented on how she felt like she was getting ready for prom and the sentimental story of how she never got to experience prom came up. With a little brainstorming, the two came up with the idea of starting a prom drive.

Dr. Frank McCaffery and his previously mentioned wife Deneen McCaffery have known the bright-eyed brunette since the day she was born and live next door to her parents – who she no longer lives with. “It was a bad situation and I had to get out of it,” she explained. And now she lives with the McCafferys who love her dearly and treat her like one of their own. “They are the perfect people I need to be with,” Malampy said. With their guidance, she knows in her heart for sure: “It’s my purpose in life to help people.”
And so our formal dress event continues……

In 2018 we provided dresses not only to families from local high schools but we partnered with a new group. It was our honor to host individuals with special needs from the group Athletes Helping Athletes. What an awesome night we had as we helped dress to impress the most special people we could have ever met for their big prom night.

Now, in 2019 we are so grateful and blessed to announce that we will be hosting an event for not just our local families in need and Athletes Helping Athletes but now our United States Military wives, servicewomen and their daughters! Yes, the wives and servicewomen will not have to worry about finding the means to buy a dress for their military ball and their daughters for their proms! 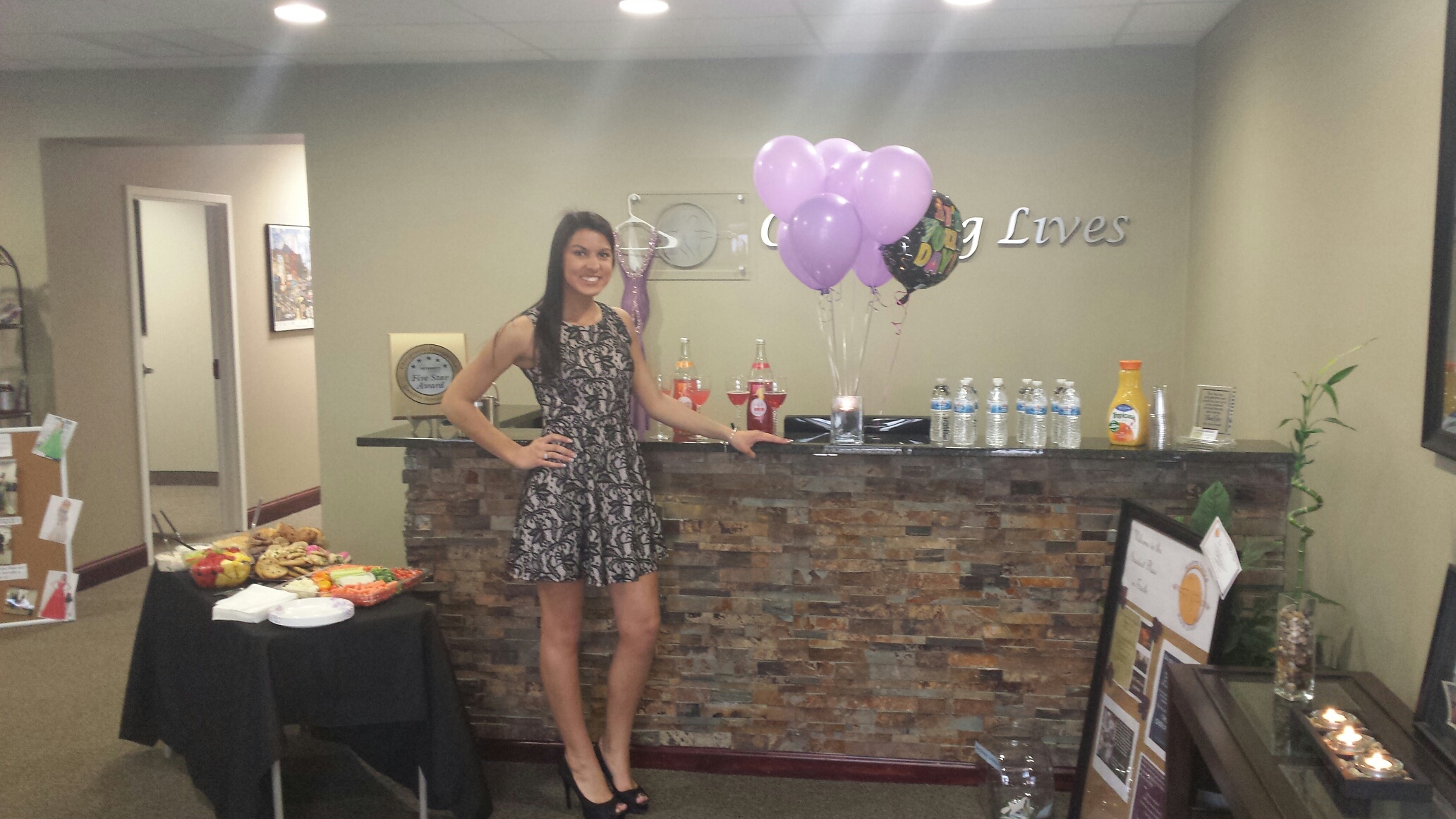 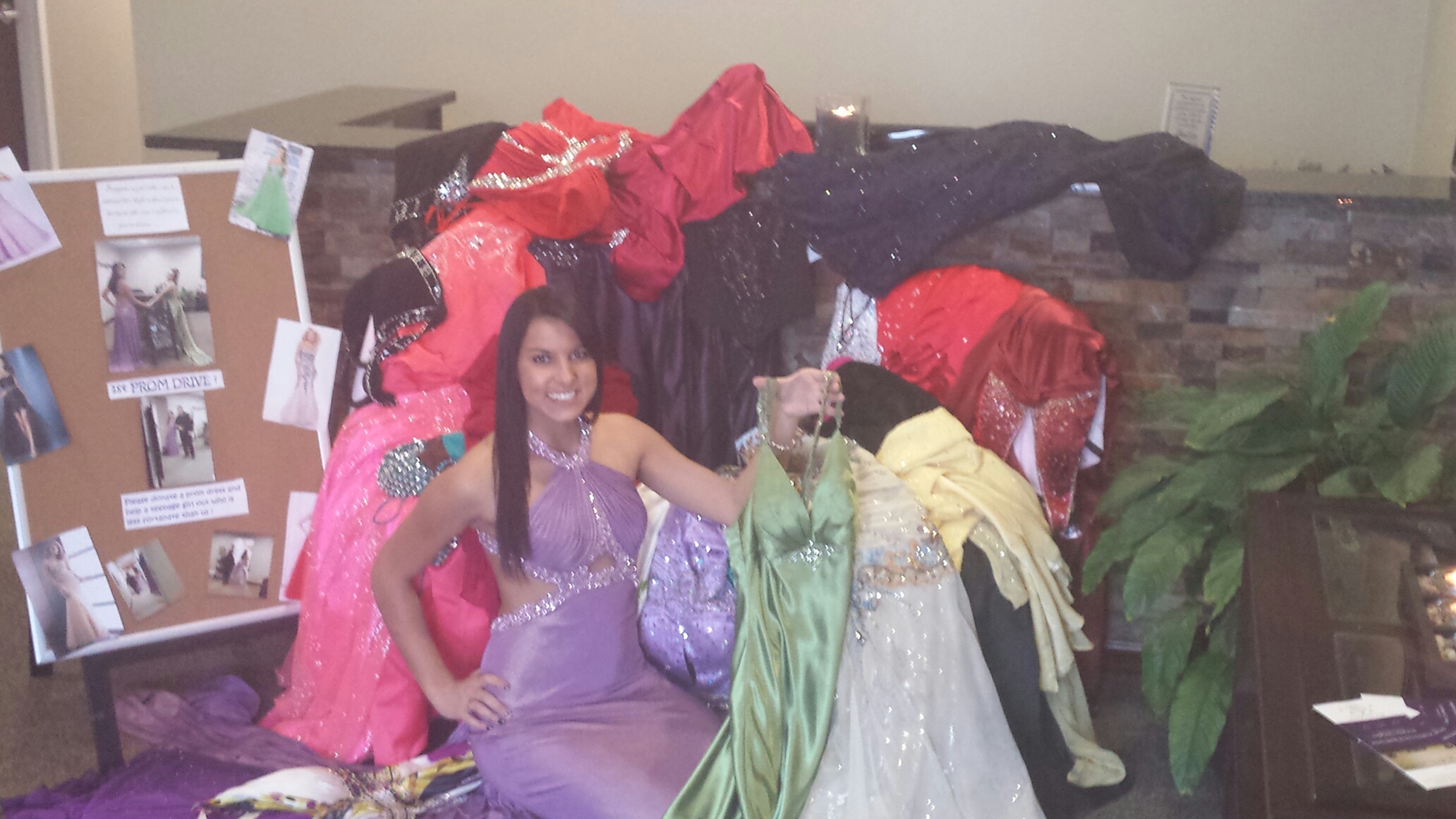 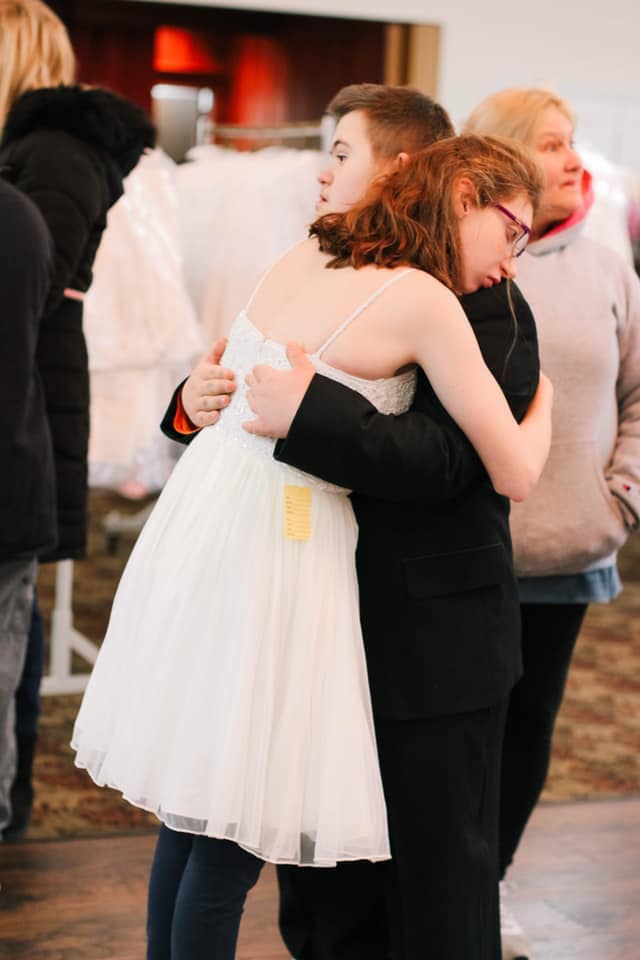 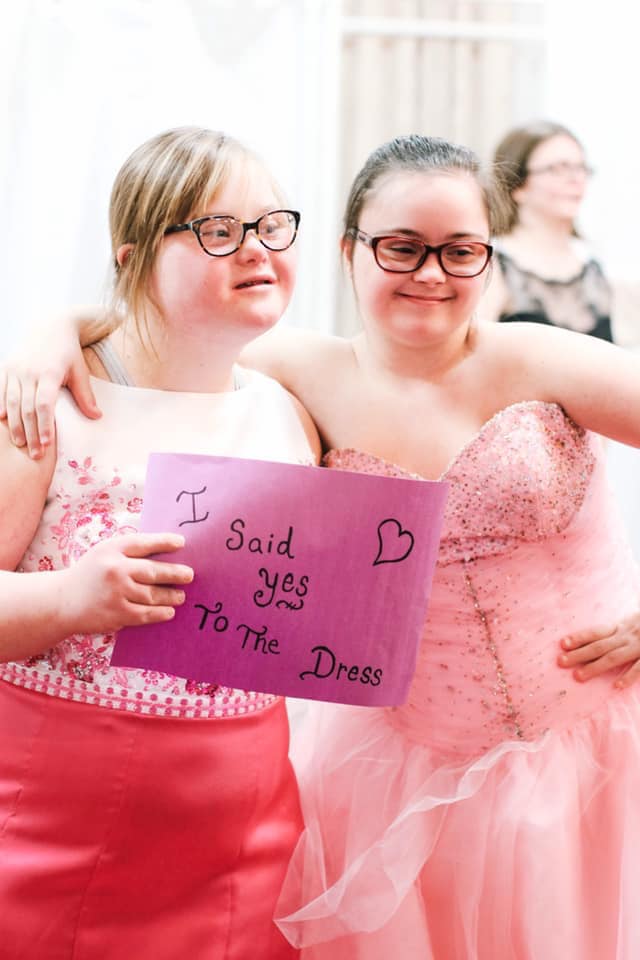 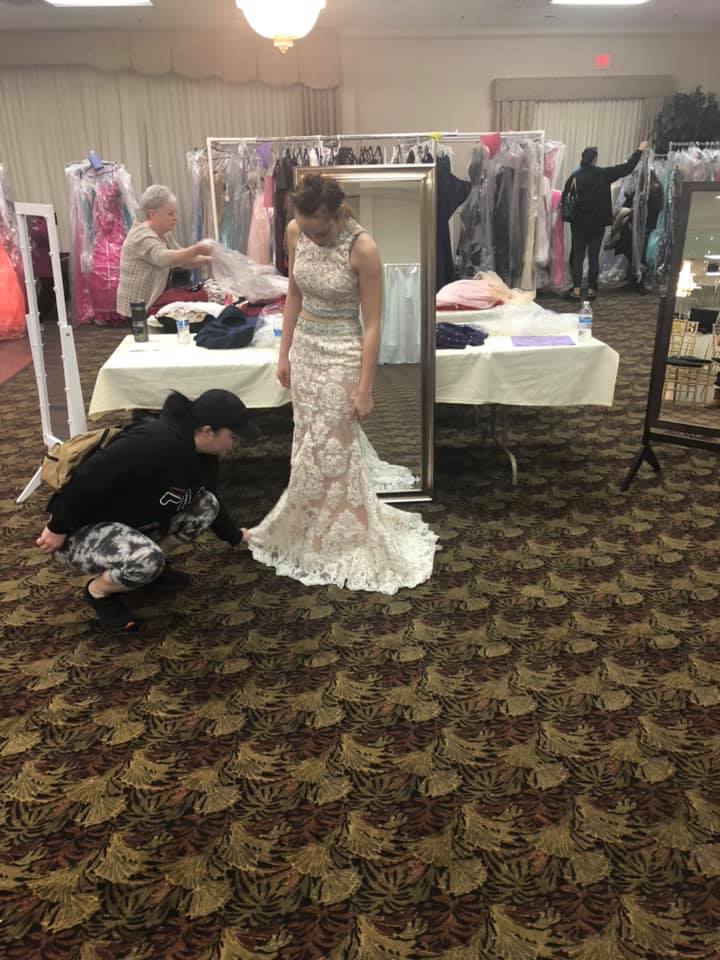 We Also Lend A Hand With These Programs 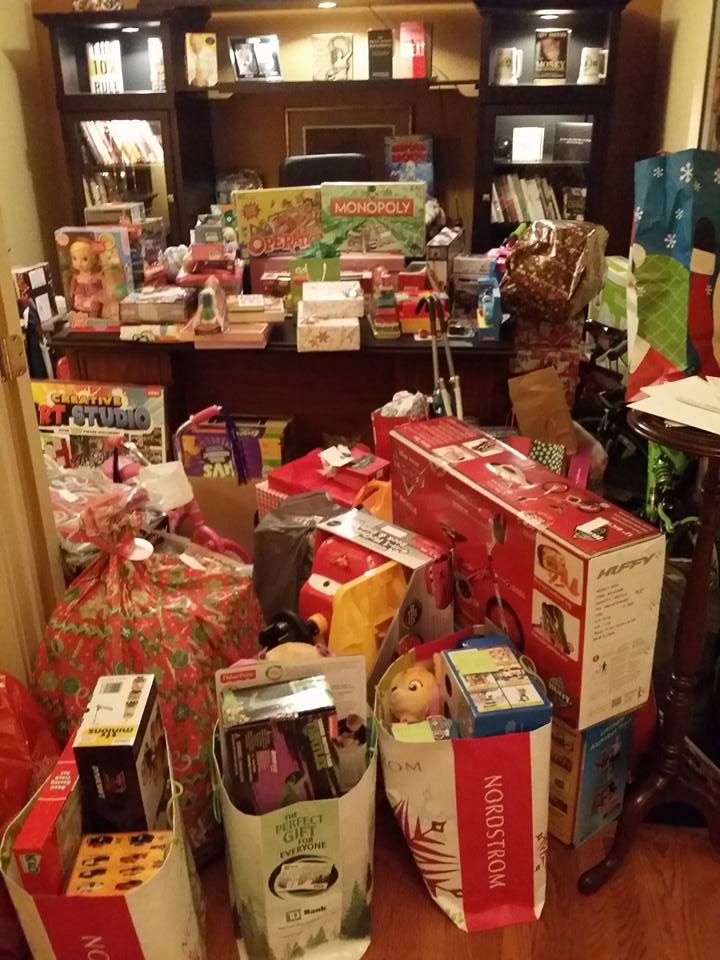 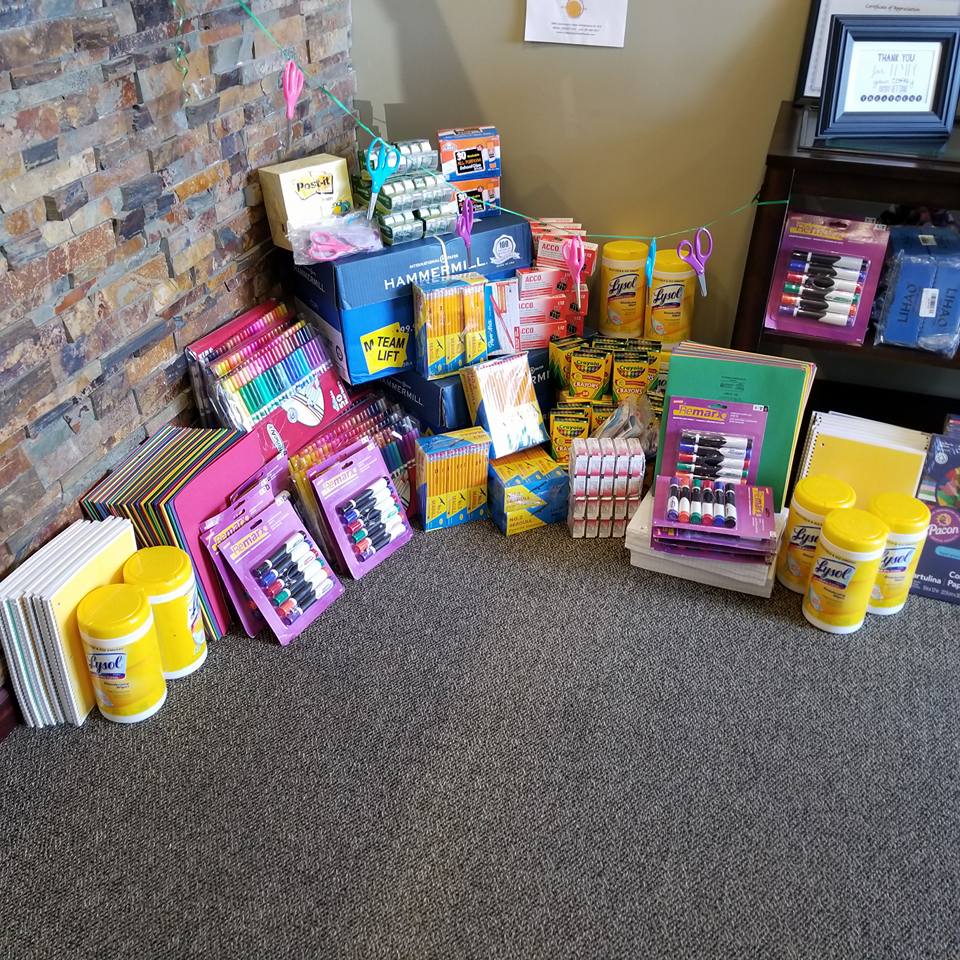 Teacher Give Back Day 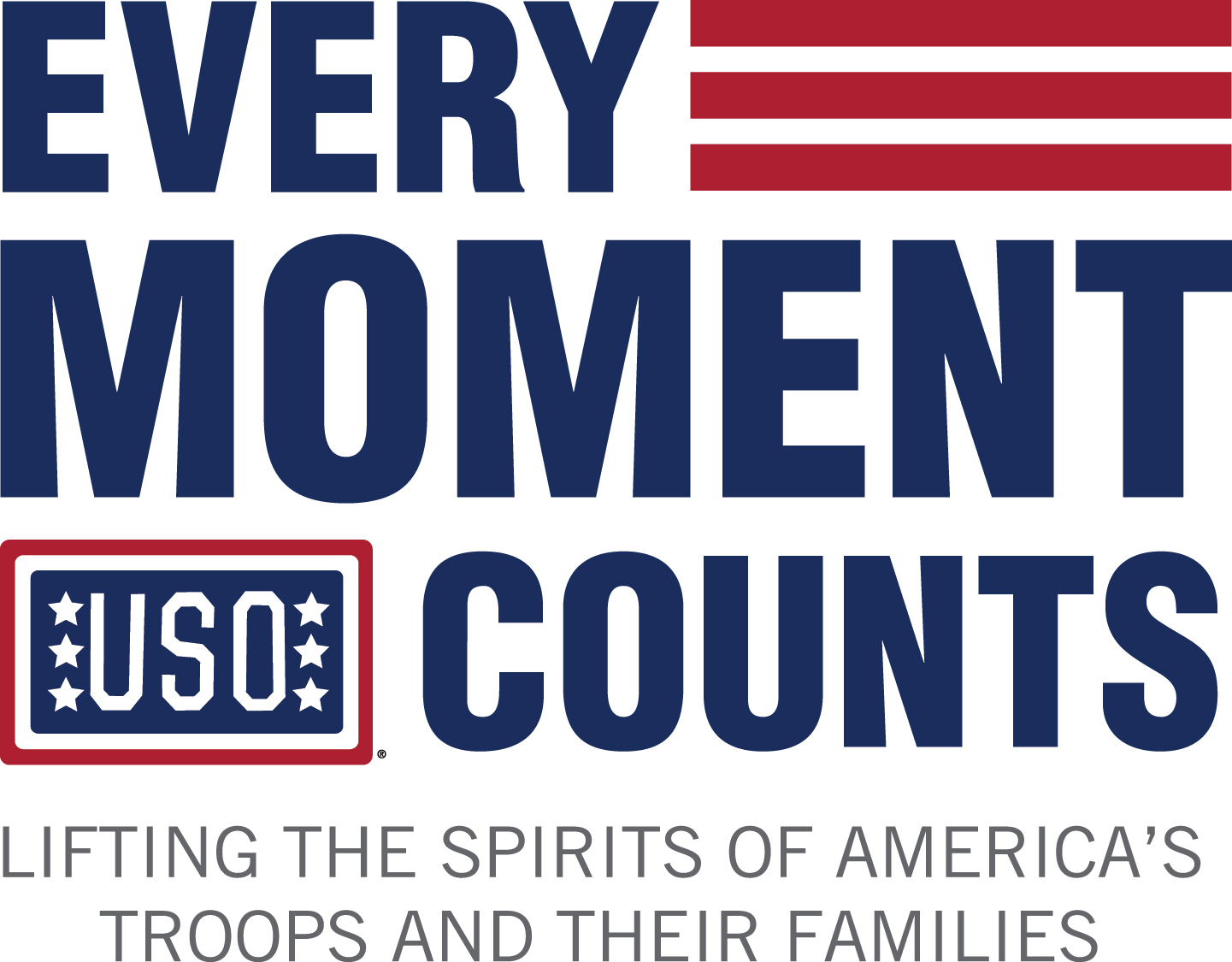